The first or last Monday of the month airing at 10 p.m. EST/EDT. (whatever makes sense) 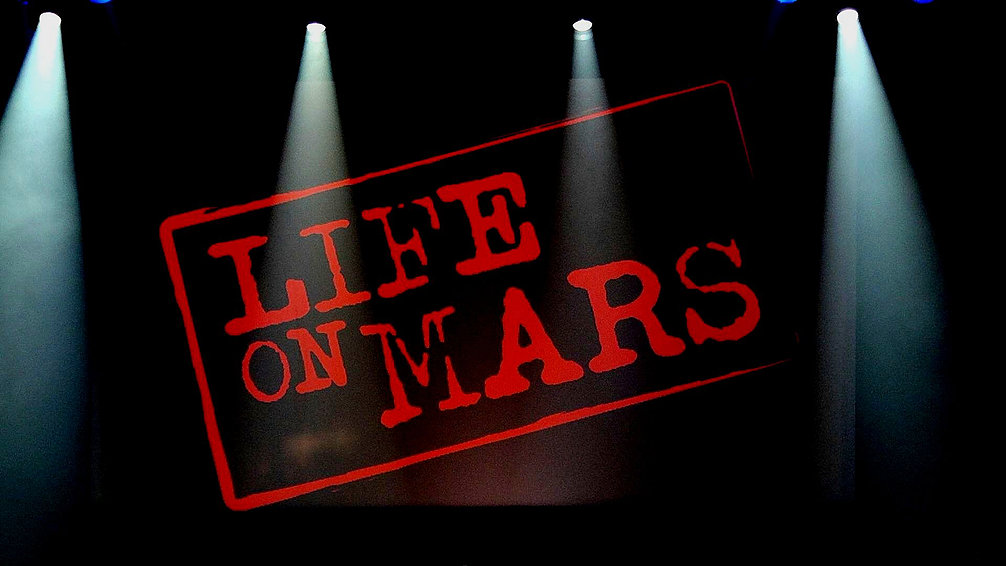 Hi ya’ll. Shay here. This is thebuzzr podcast. Thank you for tuning in.

“Singer, songwriter, poet, painter, rule breaker, game changer. He pushed the boundaries, blurred the lines, held up a mirror and reflected to us the state of our culture, our world and ourselves.”

Welcome to the exploration of the sound & vision of David Bowie – Episode Three.

We continue to talk about Bowie’s alter egos and the effect they had on the artist. The artist’s impact on society and how he evoked us to challenge and question ourselves and society,

Kevin shares his experience being the character of David Bowie for the Life on Mars (LoM) show.

… and closing thoughts on the Blackstar album.

Tune in and take part!

Thank you for tuning into episode three.

From Toronto, band members Kevin Connelly & Alexander “Sascha” Tukatsch are joining us. Kevin and Sascha are founding member of the band Heroes. Kevin is the frontman & lead vocalist for Canadian-based Life on Mars project, celebrating the music of David Bowie. Sascha is on drums. We feature music from the Life On Mars show, performed by Kevin Connelly and back by the Heroes band.

“Established in 2004, Toronto, Canada-based Life on Mars (LoM) presents the genius of Bowie across the decades. Life on Mars is not an imitation of Bowie but an emulation of his music and a celebration of his spirit.”

The show is “backed by the incomparable Heroes band.”

Kevin co-founded New Regime, the 80s new waver band. Likewise, he is the founder of Iron Age Mystics. The band produced a 2019 album hailed as “The best political rock album since the Rage Against The Machine’s debut”.

Sascha is the band’s drummer, engineer, and co-producer of Iron Age Mystics, and drummer of Platinum Blonde. He joined Platinum Blonde as a drummer when Chris Steffler left the band in 1985.

New York artist Jack Spann joins the show. Jack is a singer-songwriter and master keyboardist/pianist that has worked with top artists. One of them was David Bowie. His work with Bowie developed into Black Star, Bowie’s last album. We feature tracks from Jack’s 2017 album Beautiful Man From Mars, a nod to Bowie.

Singer, song writer, poet, painter, rule breaker, game changer. For nearly five decades David Bowie helped define our universe through his music. He pushed the boundaries, blurred the lines, held up a mirror and reflected back to us the state of our culture, our world and most importantly, ourselves.

Established in 2004, Toronto, Canada based Life on Mars (LoM) presents the genius of Bowie across the decades. Maintaining the integrity of the music, note for note, LoM presents a two hour retrospect, a musical reinvention of classic Bowie hits; uniquely arranged into a soaring, emotional, musical, concert experience of astonishing nuance and power.

Life on Mars is not an imitation of Bowie but an emulation of his music and a celebration of his spirit. Singer Kevin Connelly fuses the essence of Bowie’s vision and charisma with his own electrifying talent and captures with mesmerizing accuracy, the mystery, the moves and the magic of Bowie himself; backed by the incomparable Heroes band this is a performance unsurpassed by any other of it’s kind.

“Kevin Connelly is stunning: he can play the rock star with remarkable grace because he is one. His voice is potent and flexible, his moves are magical. He has this way of calmly holding an attitude as though something were about to happen, it’s very dramatic. And something does happen. He and his band deliver, one after another, solid interpretations of brilliant Bowie songs- all the greats- some in fresh arrangements, others fairly faithful, all led by Kevin’s powerful performance that is at turns tribute, but offers unique interpretation. Very theatrical: Kevin’s a true entertainer.” – Vincent de Tourdonnet, Toronto, ON

“I have had Bowie in my head and ears ever since seeing Kevin essentially channel him to perfection.” – Sarah Stone, Toronto, ON

“Went to see Kevin Connelly channel the Thin White Duke…. at the Randolph Academy with Life on Mars…. Kevin and the band were OUTSTANDING!” – Lawrie Ingles, Toronto, ON

“You were amazing! Please come back to Sellersville PA again! What an enjoyable show!!!!” – Crystal Smith, Sellersville, PA

A singer, composer and actor acclaimed for his versatility, range, and impeccable voice, Kevin Connelly has had a life-long passion for the performing arts. As a teenager, he played his first starring stage role in a Sam Shepard play, receiving multiple acting awards. He joined his first band at 15 as a keyboardist.

He went on to co-found the new wave band New Regime, which in the 1980’s released two critically praised albums with RCA Records and hit songs such as “Seduction” and “Love and Satisfaction.” This seeming rocket to fame burned out in a corporate guard change, yet endures in the loyal devotion of fans worldwide to this day.

Kevin subsequently went to work for Sony Records and released a solo album called Son Of The Sun on an indie label after a bad break-up with Sony. He continued his passionate pursuit of acting for stage and film, appearing in musical theatre as well, starring in productions such as A Christmas Carol and many others.

Life on Mars, a project “Inspired by the sound and vision of David Bowie,” has played Canada and the US, earning Kevin praise not only for his singing, but for emulating the spirit of Bowie with astonishing nuance and accuracy.

Being a news obsessive like his father, in midlife Kevin decided he needed to try harder to change the world. In 2016, his band the Iron Age Mystics produced what has been hailed as “The best political rock album since the Rage Against The Machine’s debut”.

And now as the male lead singer for Mercuretto, Kevin’s theatrical and musical experience combine.

As a child, his favorite book was “The Lion, The Witch & The Wardrobe” by C.S Lewis. Source

Hosting short, creative writing and recording sessions at his personal production space in Toronto, BAHM quickly became the hub for the collection of musicians that would eventually be named Mercuretto. It was during this time in 2017 that the body of work for Mercuretto’s debut was conceived, captured, mangled and mixed.

Drawing on his decades of recording and performance experiences Sascha set out to reinterpret as well as pay homage to the songs you will hear in this collection of B-sides from the classic glam era – both as drummer and engineer and co-producer.

Inspired by recording techniques of the past and keen to experiment  Sascha worked from a traditional / analog approach while capturing the performances which make up this series. What does this mean to you the listener? There is no error correction, quantization or pitch correction to be found on these recordings. What was played is what you are listening to – warts and all.

Sascha’s favourite book as a child was “The Little Engine That Could”.

Sascha’s musical history is available everywhere if you simply type his name into your favourite search engine. Source

Singer songwriter and master keyboardist/pianist Jack Spann has worked with some big names in the music business most notably David Bowie whom Spann spent time with working on what ultimately became Bowie’s Blackstar release. Aside from a sought-after musician in the studio and on stage, Spann has also logged time performing on Broadway including Hank Williams’ Lost Highway and War Horse, and performed at SXSW and Milwaukee’s Summer Fest.

Spann’s original songs are soaked in blues, country and rock that are simultaneously thought provoking yet wildly entertaining. His new release “Propaganda Man” is now on most major platforms and physical release is July 26th, 2019. His 2017 release “Beautiful Man from Mars” is a tribute to his time spent with Bowie and was met with critical acclaim earning him a headlining spot at Summer Fest, the world’s largest music festival.

Known for his impossibly fast hands on the keyboard, Spann is a storytelling
songsmith with a warm vocal tone that perfectly balances out the ferocious piano playing reminiscent of Fats Waller, Ray Charles and Jerry Lee Lewis. Source

“I’m A Bird” and “She Makes Pornography On The Weekends” from the Beautiful Man From Mars album, Jack Spann released June 16, 2017.

Shay D is a media professional and creative A&R management consultant who inspires and empowers artists to create business models that go global. These projects ignite actual results. Shay owns and operates thebuzzr media, thebuzzr podcasts, and WOBZ Music. The companies support independent artists of all genres, from around the globe. WOBZ Music (What’s Our Buzz?) began in 2020 as part of thebuzzr media. Shay is dynamic and creative, hosts a syndicated radio show, is a songwriter, and writer as well as an active curator for many indie platforms. Periodically she is also a copywriter providing Top 40 music content for a NYC firm and a radio programming consultant on an international platform.